Make Mercury Retrogrades Work For You 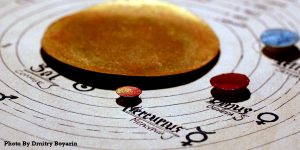 If you are a magical person who uses astrology in your practice, or if you have a Facebook friends list filled with magical people who use astrology, the buzz is likely about the Mercury Retrograde that hit April 9th at 1:14 pm EDT and goes direct on May 3 at 1:22 pm EDT.

What is a Mercury retrograde?

Three or four times a year, because of the elliptical orbits of both planets and their juxtapositions, Mercury passes up Earth in its orbit and as it goes around the bend, from our perspective, it looks as though Mercury stops in its station and begins to move backwards. It is a similar phenomenon to when two vehicle are moving side by side and one appears to go backwards. The pace and direction of Mercury’s orbit is unchanged. It is our own view from an Earthly perspective that shifts. There is a metaphor in there for sure.In astrology, Mercury governs communication, connections, meetings, technology, and travel. Mercury remains in retrograde for approximately three and a half weeks each time and during that period, all of those areas of life tend to go a little disproportionately batty. Meetings are rescheduled and missed, phone calls drop, faxes go unsent or re-routed, emails disappear into the aether, and miscommunications are rampant. Schedules go awry, technology spazzes out, and obstacles seem to arise out of nowhere. I know Mercury is retrograde when I begin to drop everything I pick up. For some reason, my motor skills are strongly affected by this phenomenon. No, neither I nor science have the answers for why that happens, only that there is a distinct energy shift. I could be a wise-ass and say something pious like, “Only the true initiates into the mysteries feel it,” but really, it is simply that it affects some people more than others and to date, there is no scientific explanation for why it happens.

Just like a train does not suddenly change directions, the appearance of Mercury’s retrograde shift is not immediate. For two weeks before the time it is in full retrograde, Mercury appears to slow down. This is called its “shadow period” and we may experience some precursor effects as the planet’s movement from our perspective begins its transition. The current Mercury Retrograde is from May 18 – June 11th and is considered the most powerful of the three and a half (one starts in December) retrogrades occurring in 2015 due to its station in Gemini, which as mentioned before, is ruled by Mercury. During its retrograde progress, Mercury will also pass over some of the most potent and bright stars in the firmament including the grand Archangel star, Aldebaran, found in the face of the bull of Taurus.

Mercury governs Gemini and Virgo and those with heavy Gemini and Virgo in their natal charts will often feel the effects more profoundly. People born when Mercury is in retrograde often flourish during the times when others are struggling. There is a feel to the Mercury retrograde periods and if a person is at all sensitive to energy shifts, it is usually easy to connect the dots and figure out that Mercury is at it again even without predictive charting. Intellectually we know Mercury has not deviated from its usual course, but the fact that it feels different to us here on Earth is the key point. Just as we can feel the tides of the moon and the shifts in gravitational pull during its waxing, fullness, and waning if we are attuned to those cycles, so can we feel the influence of the Mercury Retrogrades.

Like any astrological event, we can use Mercury Retrogrades to our benefit rather than endure them as an obstacle to overcome. Sure, there are inconveniences associated with this time, but the most basic energy of the retrograde is revisiting the past as we go backward in our own tracks. Mercury Retrograde is all about re-. This is a wonderful time to reconsider, redecorate, renew, regenerate, and revitalize. Reschedule, renegotiate, rewrite, re-create, and revisit. When you can, avoid new negotiations or contracts. Go back and touch any bases you may have missed as you sailed around the diamond on your last home run. Revisit old projects that you set aside for later. Reconnect with friends from the past and renew relationships that are dear to you but have lacked nurturing in recent times. Be ready to review your work more than usual, reconsider your actions, and repeat your important messages clearly. Keep communication simple and specific so as not to be misunderstood. Reflect on your place in the world and use this period of retrospection to consider how best to move forward when the time comes.

Avoid arguments whenever possible while Mercury is in retrograde. It is very easy to succumb to the irritation that comes from the poorly phrased communications and missed connections that are rampant, however, knowing that things like this occur during a Mercury Retrograde, always presume that the person did not intend to inconvenience you and that Mercury stuff happened.  Use phrases such as, “I realize I may not be communicating this well…” or “I understand we aren’t on the same page with this…” and table the conversation until well past the retrograde period if you can. Worst case scenario is that it cannot hurt any of us to be more gracious, open, and kind to one another.

Try to advance or postpone moving into new homes, starting new jobs, planning major events such as parties or ceremonies, long-distance traveling, or making primary life changes during a retrograde if you can. Polish up what already exists in your life rather than opening new doors. 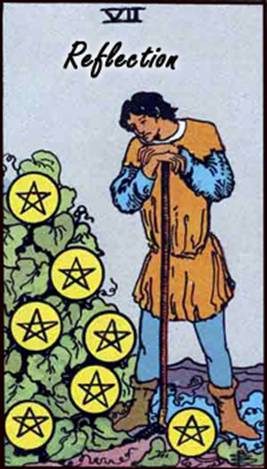 Summer is a comin’ in

In addition to giving us time to look back in this active, formative year, Mercury Retrograde also allows us a pause before we go through the open door of change that Summer Solstice brings. As the year progresses, we will see the harvest of life change coming fully into view. Two complicated and challenging years of hard work and sacrifice led up to the rewards that come with this year’s harvest. We have changed fundamentally as people and we are ready to accept all that the new life brings, but it is timely to take a moment to stop in our progress, to look back on all we have accomplished and endured to get here, to marvel at the serendipitous and sometimes bizarre miracles that took us to where we are, and then to make sure dotted every i and crossed every t before we take the huge leap of faith into the next chapter.

Use Mercury Retrogrades to your advantage rather than moaning with dread when they come into play. Help the retrogrades work for you instead of viewing them as something done to you. See them for the reminder that stopping to consider and reflect on where we have been is just as important as pushing forward into what the future holds for us.

If you ever want to know if Mercury is retrograde, you can go to this wonderful website. 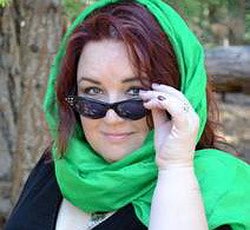